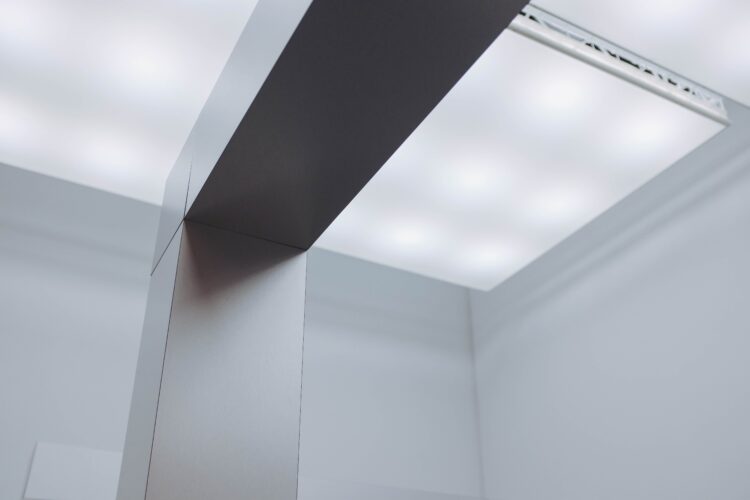 Common Mistakes To Avoid When Installing and Repairing Suspended Ceilings

When properly planned and expertly installed, suspended ceilings can have a lot of benefits to both your home or workplace. Their solid structure not only provides a practical solution to the formation of a room but the block colouring of a suspended ceiling can quickly provide a plain aesthetic starting point for building a room’s décor without being boring or drab. It’s this, coupled with the relatively low installation costs, which makes suspended ceilings so popular with home and business owners alike.

The installation cost may be low in comparison to alternatives but this does not mean that all are installed or repaired equally. Suspended ceilings are strongest, both aesthetically and structurally, when treated carefully and expertly by somebody who is confident and experienced. At SLP interiors we have over 30 years of combined experience and have used our expertise to compile this list of common mistakes to avoid when installing and repairing suspended ceilings:

What are the common mistakes in installing and repairing suspended ceilings?

A particularly common mistake, which actually begins to coalesce in the planning stages, is that the installation of a suspended ceiling or mezzanine floor can lead to a room feeling tight and claustrophobic.

It is important to plan properly and to take into account not only any light fittings or other electricals that would have to be wired above the solid partitions of the suspended ceiling, but also the room below and how much space will be left once installed.

One potential problem, which can be avoided in the early stages of planning, is ignoring the original ceiling that the solid partitions of your suspended ceiling will cover. A new ceiling will render any existing issues invisible, as well as providing space for wiring and extra ventilation. However, any serious issues such as leaks will still affect your new suspended ceiling over time. This not only wastes the time and money invested in installing the new ceiling but will also mean incurring further costs and labour down the line.

Another common mistake in the planning process is not properly preparing any electrical systems, lighting, or ventilation that is going to be in place before the installation of your suspended ceiling. This is another simple step, which if overlooked can result in the requirement for additional remedial work.

Suspended ceilings, even when planned and installed by experts, will require maintenance over time. This will be kept to a minimum if high-quality materials are used when installed and when repairing your suspended ceiling. A low-quality suspended ceiling may absorb moisture which will lead to sagging or rusting and it is important to only use the highest quality plaster ceilings to avoid this.

How do you correctly install a suspended ceiling?

It is best to get a commercial fit-out done by someone with sufficient experience. They will know to consider things such as the electrical and air duct systems that may be fitted above the solid partitions and will take into account any pillars, columns, or other features of the room that will need to function with the new ceiling or mezzanine floor.

It is important to use the correct materials in the installation of your suspended ceiling so as to gain maximum longevity from your new plaster ceilings and to make sure they are properly fitted so as to avoid sagging or loose-fitting solid partitions.

We operate throughout the South West and have satisfied customers in Bath, Glastonbury, Gloucester, Swindon, and further afield. Fill in our contact form or contact us directly via telephone or email for more information on a commercial or office fit-out.